I recently took part in one of the biggest hackathon in the quantum computing world: QHack. I was one of the two members of my_favourite_team, composed of myself and Charles Moussa.

Our team name, my_favourite_team, is a direct translation of the team name we had for the BIG Quantum Hackathon by QuantX that was held in Paris from the 2nd to the 5th of October 2021: ma team préférée.

And what a fun experience!

We started by the Coding Challenges, a list of challenges of increasing difficulty in five different area of quantum computing:

These challenges were super interesting, some of them being quite simple (we successfully solved a few of the challenges in 10 minutes) and others being involved enough to keep us working several hours on it.

Despite the fact that the challenge start date and rating method was terrible for us, we managed to be the first team to finish all the challenges!

In the end, due to how the rating was done, we finished at the 2nd place just after the Samras team! Congratulations to them!

The second event that started one week after the coding challenges was the hackathon. For this hackathon, my teammate Charles had the wonderful idea to re-implement or improve an idea we took from the paper EQC : Ensembled Quantum Computing for Variational Quantum Algorithms. We were not able to obtain the code of the authors, so we ended up re-implementing the idea ourselves.

The code is available here: github.com/nelimee/qhack2022. It is packaged as a Python package, so you can install it with pip and start to play around with the code pretty quickly:

We were amazed when QHack team contacted us to let us know that we were selected as a winning team for some of the challenges!! In the end, this project allowed us to be ranked:

We plan to improve the aqc package and already have several ideas of improvement! Feel free to reach out if you want to help us maintaining the code or improving it to allow even more people to use it!

I would like to thank everyone that was involved in the organisation of this edition of QHack: I had a lot of fun participating and will definitely come back next year for more fun and trying to secure the 1st place in the coding challenges! 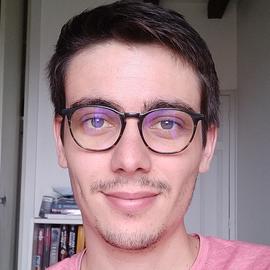